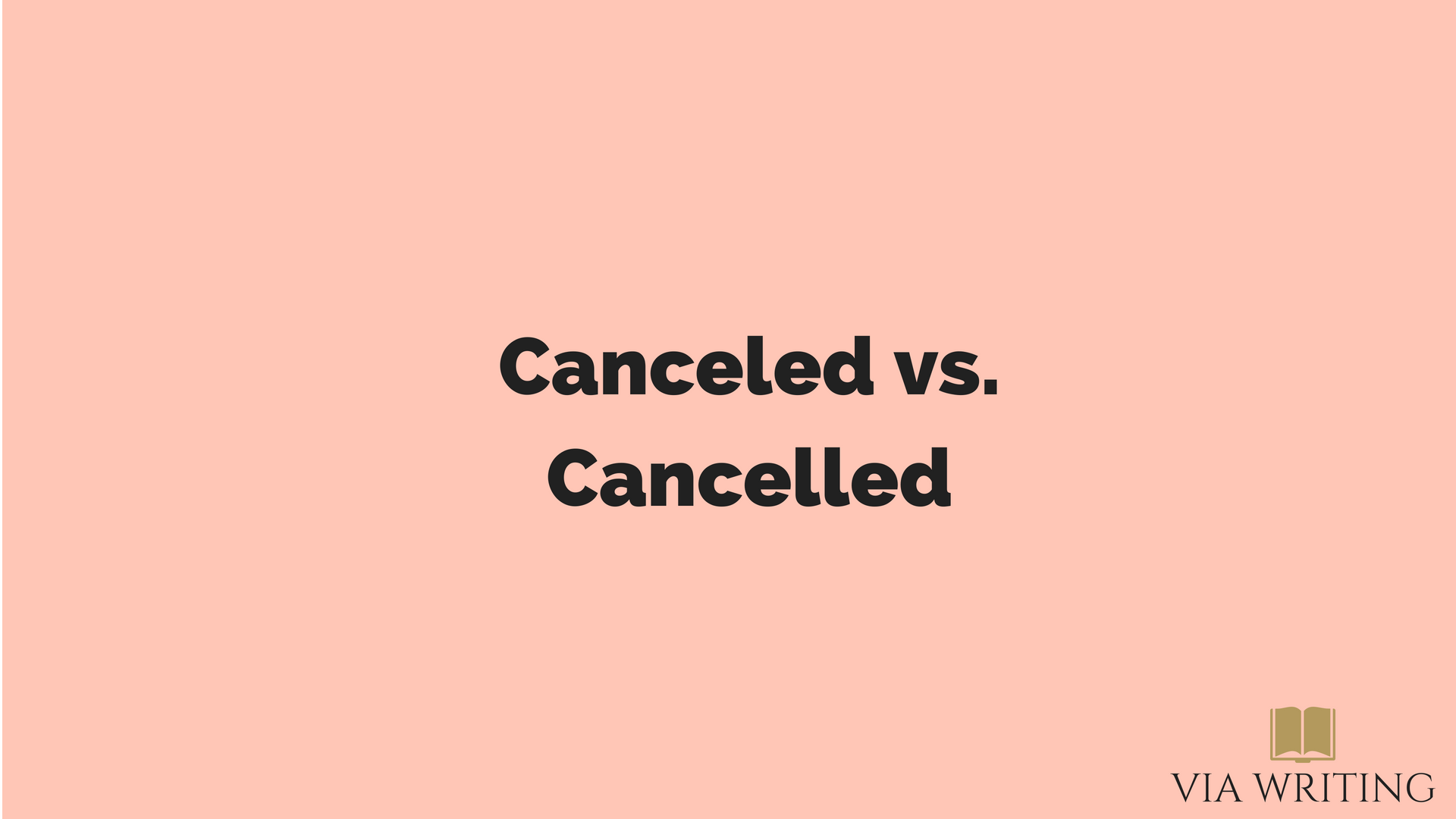 There are a lot of variances between the British and US spellings of many words. This is especially true of the use of “canceled” vs. “cancelled”. Here’s everything you need to know about the usage of these two words.

The US version of “canceled” is consistent with the spellings of many words created by Noah Webster. His simplified spellings often feature extra letters removed from the word, and so are made much easier to write. You see this in American spellings of words such as “flavor” and “traveling”, which also have letters removed from them. That’s why so many people believe he’s the one who created the US spelling of “canceled”. After all, it makes a lot of sense.

However, you’d be surprised to learn that the simplified spelling didn’t become popular in everyday writing until some time in the 1980’s. Seeing as Webster was creating his spellings in 1898 in his new dictionary, we can assume that it wasn’t popularized back then.