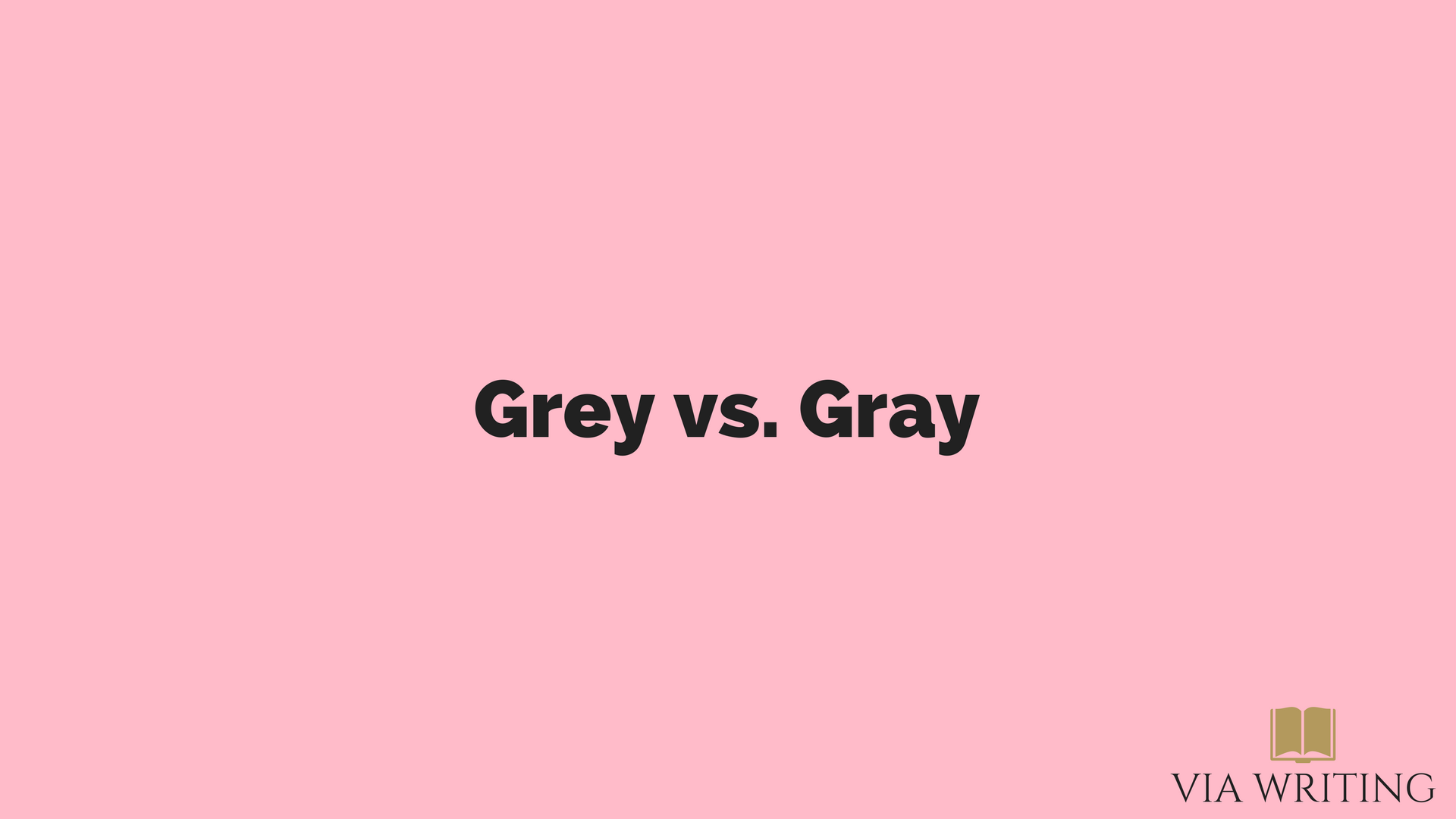 At first glance, ‘Grey’ and ‘Gray’ are both the same word. For English speaking people, they both refer to the color that sits between black and white, and is seen as a neutral tone. As well as this, they can both refer to a gloomy or miserable mood or atmosphere.

As this is the case, why are there two different spellings? It’s all down to which country you’re writing in. In the UK, ‘Grey’ is the spelling taught to children, while ‘Gray’ is more popular in the USA.

Is this the whole difference between the two words? Not quite. While the two spellings have the same origins, they have been used to define different shades of the color. For example, George Field, a chemist, looked to use them to differentiate between shades. He said that ‘Grey’ referred to more neutral shade, while ‘Gray’ refers to cooler, bluer shades. However, these usages are not common in everyday English.

In recent usage, there has been confusion thanks to the hit novel and movie ‘Fifty Shades Of Grey’. Having been written by the British Writer E.L. James, she went with the UK spelling ‘Grey’, rather than ‘Gray’.

If you’re struggling to remember which spelling to use, try using this method to remember: England begins with ‘E’, so use ‘Grey’. America begins with ‘A’, so use ‘Gray’. Apart from this, there’s no real difference between the two spellings. It really does come down to which country and audience you’re writing for.