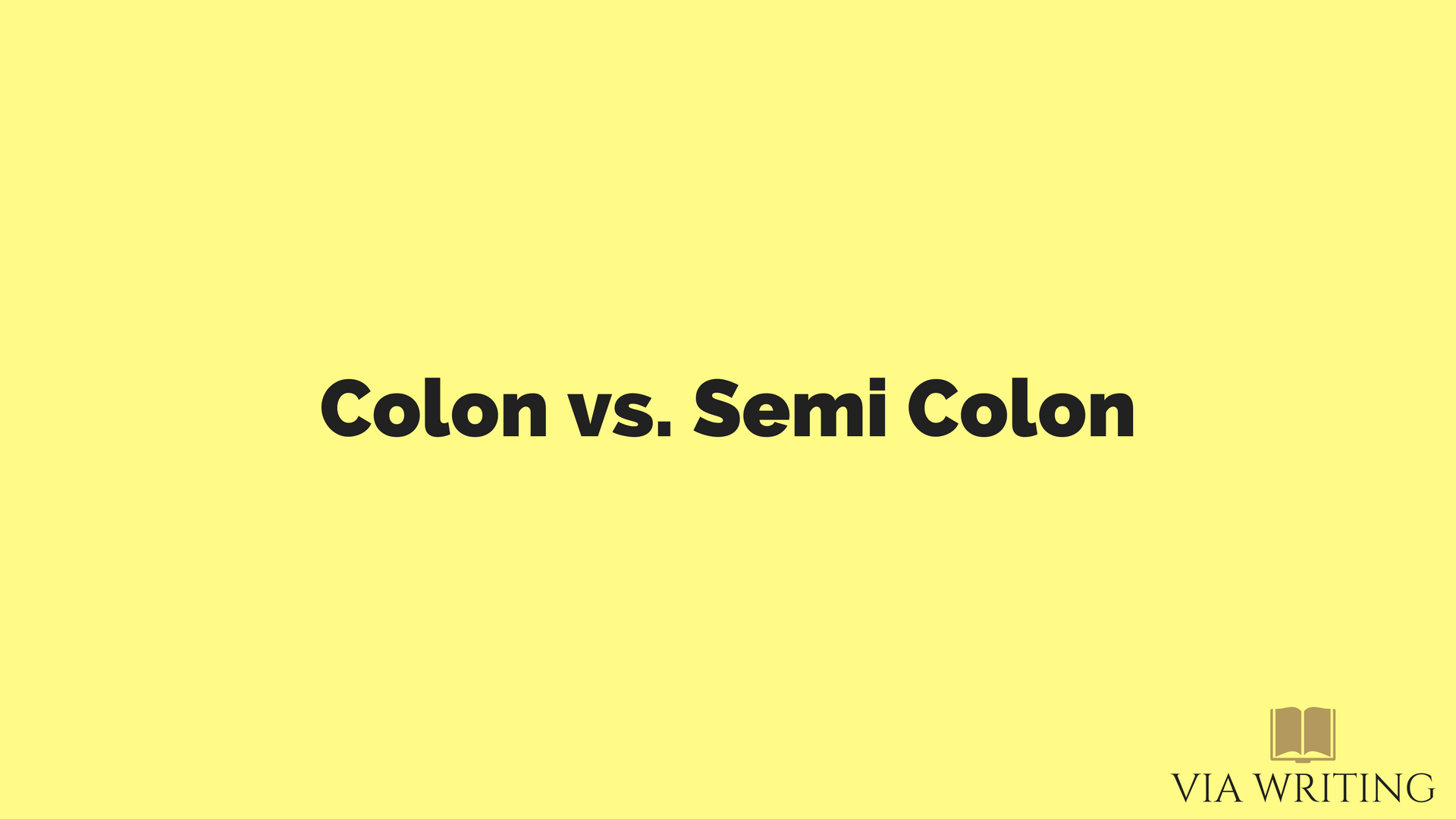 This is an argument that many writers have, with some people simply seeing a semi colon as a colon with pretensions. Believe it or not, there is a difference, and it does matter how you use them both.

First of all, let’s deal with the colon. When used correctly in a sentence, it should introduce a new idea. For example, you could write ‘John checked the temperature: it was -20 degrees.’

The semi colon, on the other hand, is used to separate two main clauses that are related to each other. For example, you could write ‘It was below zero; John wondered if he was going to freeze.’ These two clauses could stand up as sentences on their own, but are related to each other. You can use semi colon when you want to vary your sentence structure. If you have a lot of short, choppy sentences together, then you can use semi colons to break them up.

The other way you can think about using colons and semi colons is by the weight of the clauses used. When you use semi colons, you must use clauses that are of equal weight to each other. For example, you would write ‘The winners were Mary Jones, Minnesota; Andrew Jenkins, Florida; and Roger Thames, Kentucky.’

When you use colons, you can use clauses that are of unequal weight. For example, you can connect two clauses where one is just a noun: ‘Katie had only one friend she could trust: Lindsay.’

As you can see, there is a subtle difference between a colon and semi colon. It is easy to know the difference when you know how they should be used!