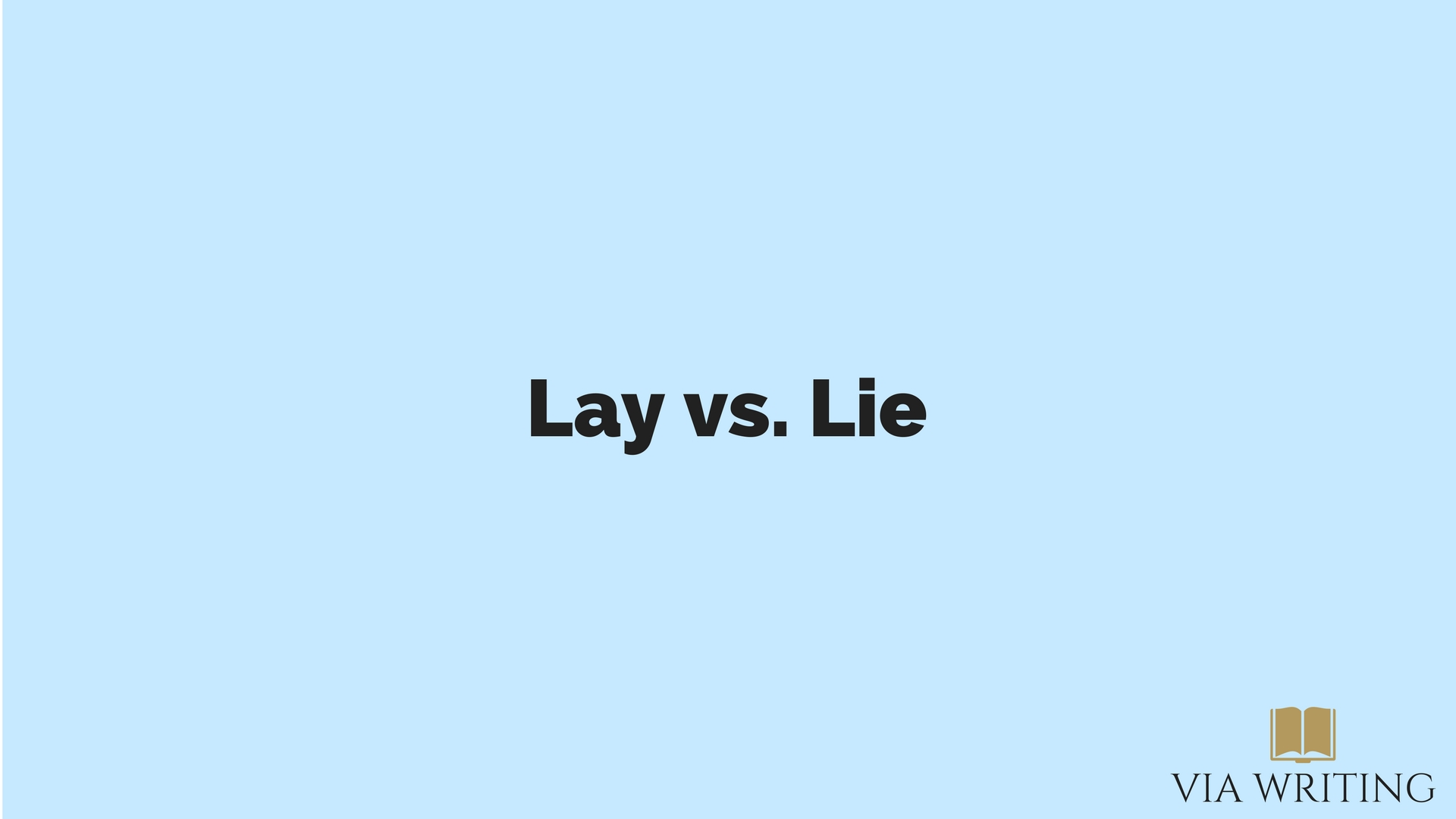 You may think that these two words are just different tenses of the same word, but in fact they can mean different things. They’re often confused in English writing. Here’s what you need to know.

The basic difference between the two is that ‘lie’ doesn’t require a direct object, but ‘lay’ does. You lie down, but you lay something down.

‘Lay’ means to lie something down in a resting position. Here’s a few examples of how you can use it.

The word ‘lie’, on the other hand, can mean a couple of different things. Firstly, it can mean to tell an untruth. It would be used like so:

However, it’s often mixed up with ‘lay’ when it concerns reclining or resting in a flat position. When this is the case, it should be used like so:

It also becomes confusing because ‘lay’ is the past tense of ‘lie’. For example:

When you’re not sure which one to use, think about the direct object. ‘Lay’ will work with a direct object, while ‘lie’ won’t. As you can see, this rule can be somewhat complicated, but with enough practice you can get the hang of it.