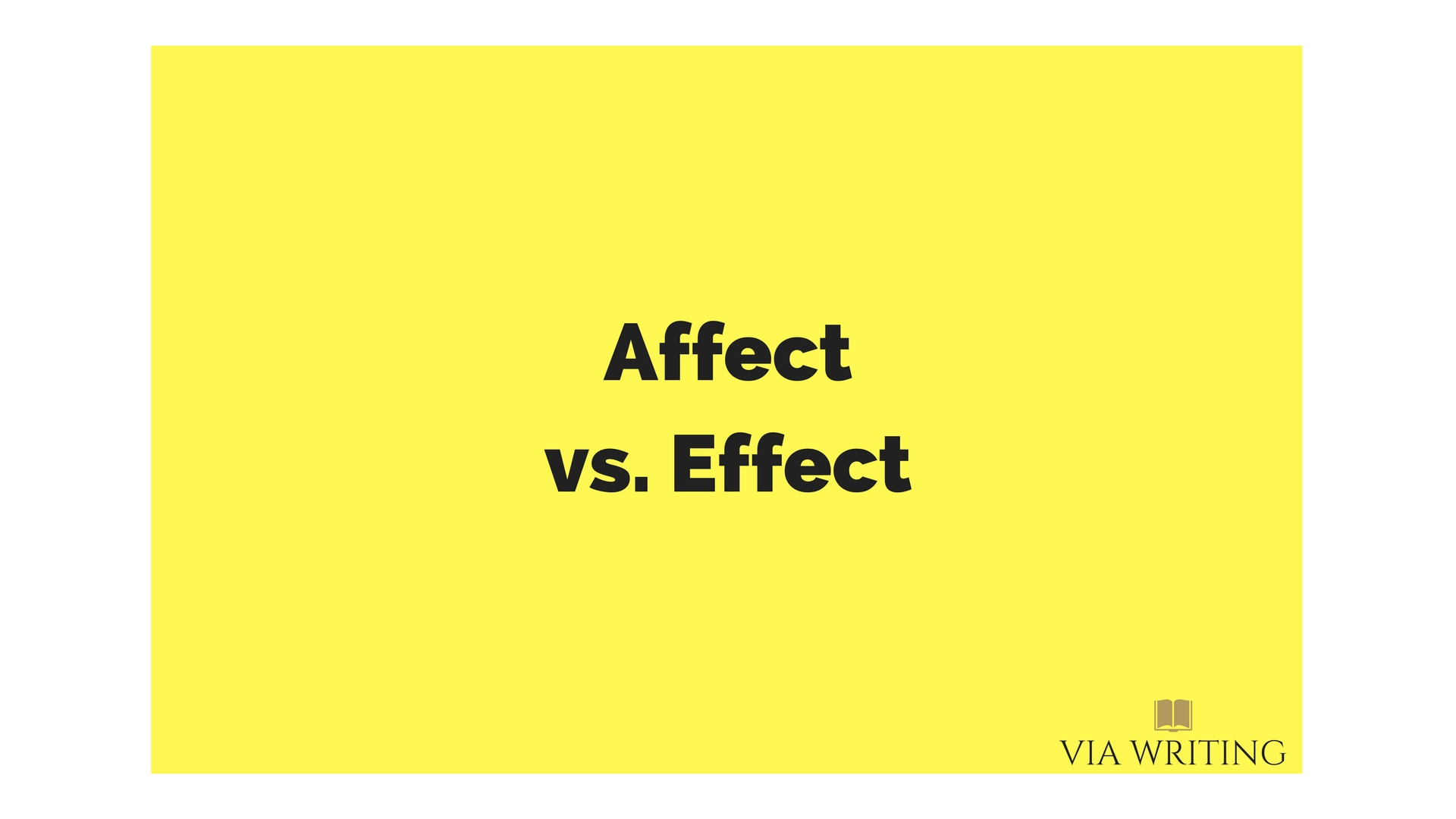 These two words sound as though they should mean the same thing, but in fact they signify two different concepts entirely. They’re often used interchangeably but incorrectly. Once you know the difference though, it’s easy to correct your usage.

Let’s take ‘affect’ first. Affect is most commonly used as a verb, usually as the influence for something. For example, a headline may read ‘Downed Power Lines Affect Local Area.’ The downed power lines had an impact on the local area, as they were without electricity. The power lines affected the local area in its day to day running.

‘Effect’, on the other hand, is more often used as a noun. It refers to the outcome or result of something. For example, another headline could read ‘The Effects Of Persistent Sleepiness.’ It’s talking about the results of persistent sleepiness, as they have an outcome when it comes to your health. The ‘effects’ in this case correspond to what happens when you suffer from tiredness.

However, be aware that ‘effect’ can be used as a verb too. When used this way, it describes something bring brought into being. For example, you could say ‘We were unable to effect any changes on this policy.’ In this sentence, ‘effect’ is something you’re trying to do to the policy in question.

The difference between ‘effect’ and ‘affect’ is quite elusive, and it’s easy to use the wrong one in a given situation. The best way to avoid this is to use the RAVEN method: ‘Remember, Affect Verb, Effect Noun.’