Home
Grammar
To vs. Too
Grammar 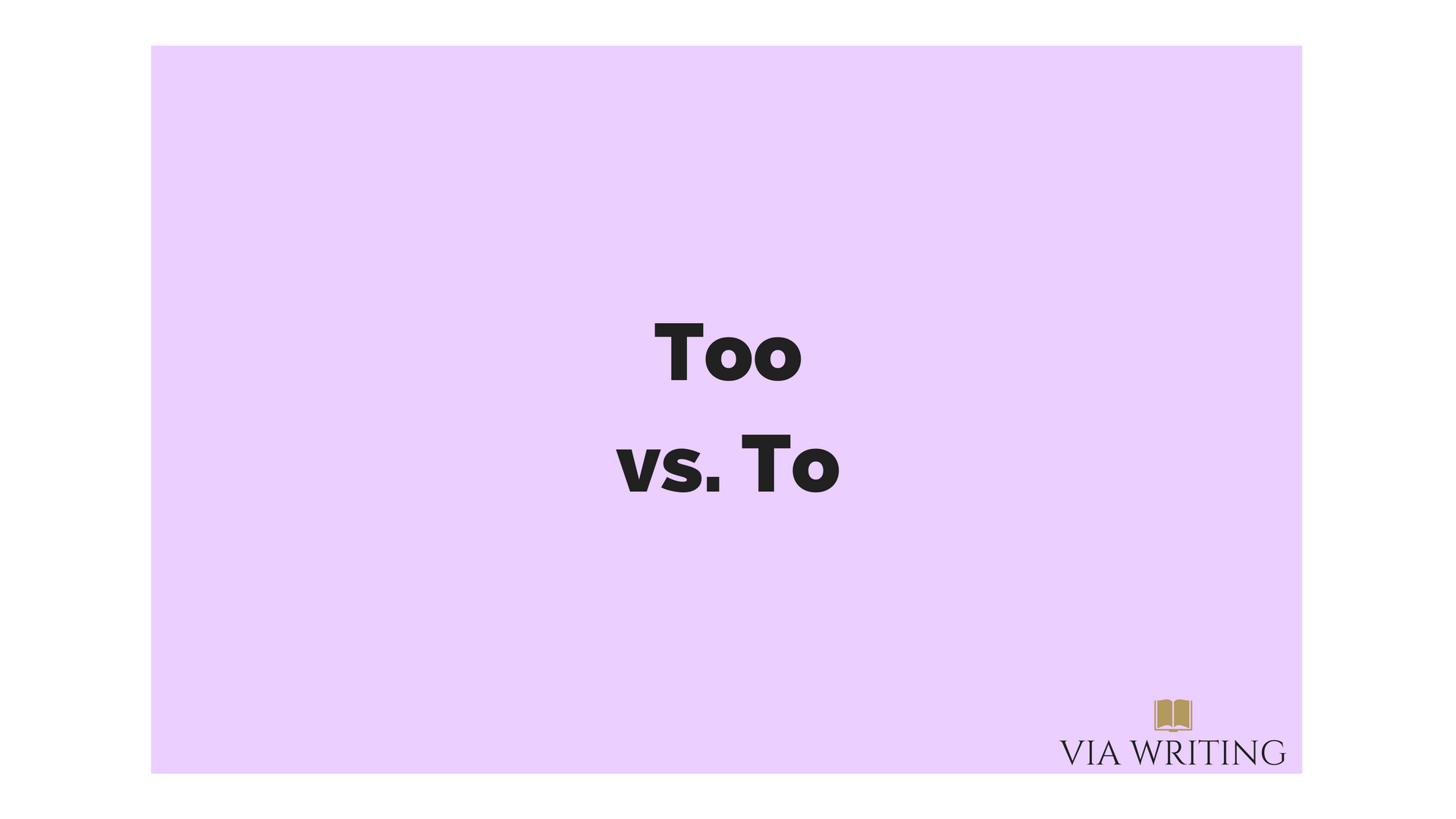 ‘Too’ and ‘to’ are possibly two of the most mixed up words in the English language. You see them being used incorrectly all the time, especially on social media. You’ll see, though, that that extra ‘o’ makes all the difference. The two words actually mean something different.

The basic difference is that ‘to’ is a preposition, and shows direction. ‘Too’ is an adverb, that means ‘additionally’ or ‘as well’.

‘To’ is quite a versatile word, and can be used in many situations. Mostly, it’s used to indicate a direction or destination. For example, you may say ‘I’m going to class tomorrow’, and that ‘to’ indicates that class is your destination. You can also use it to indicate a relationship, such as ‘That bag belongs to me’, or to indicate a period of time, such as ‘I’ll be done in five to ten minutes.’

‘Too,’ on the other hand, is used in order to indicate ‘as well’ in your sentences. For example, you could say ‘I want dessert, too!’ It doesn’t have as many meanings as ‘to’, so hopefully isn’t as complicated to understand. However, it is worth being aware that in casual speech it can also mean ‘very’, as in ‘That girl is too funny!’

‘Too’ and ‘to’ get mixed up a lot because they’re homophones, or words that sound the same but are spelled differently. That’s why it’s so easy to get them wrong. As well as this, there’s another word that often gets mixed in with them. ‘Two’ is often confused with ‘too’ and ‘to’ for the same reasons.