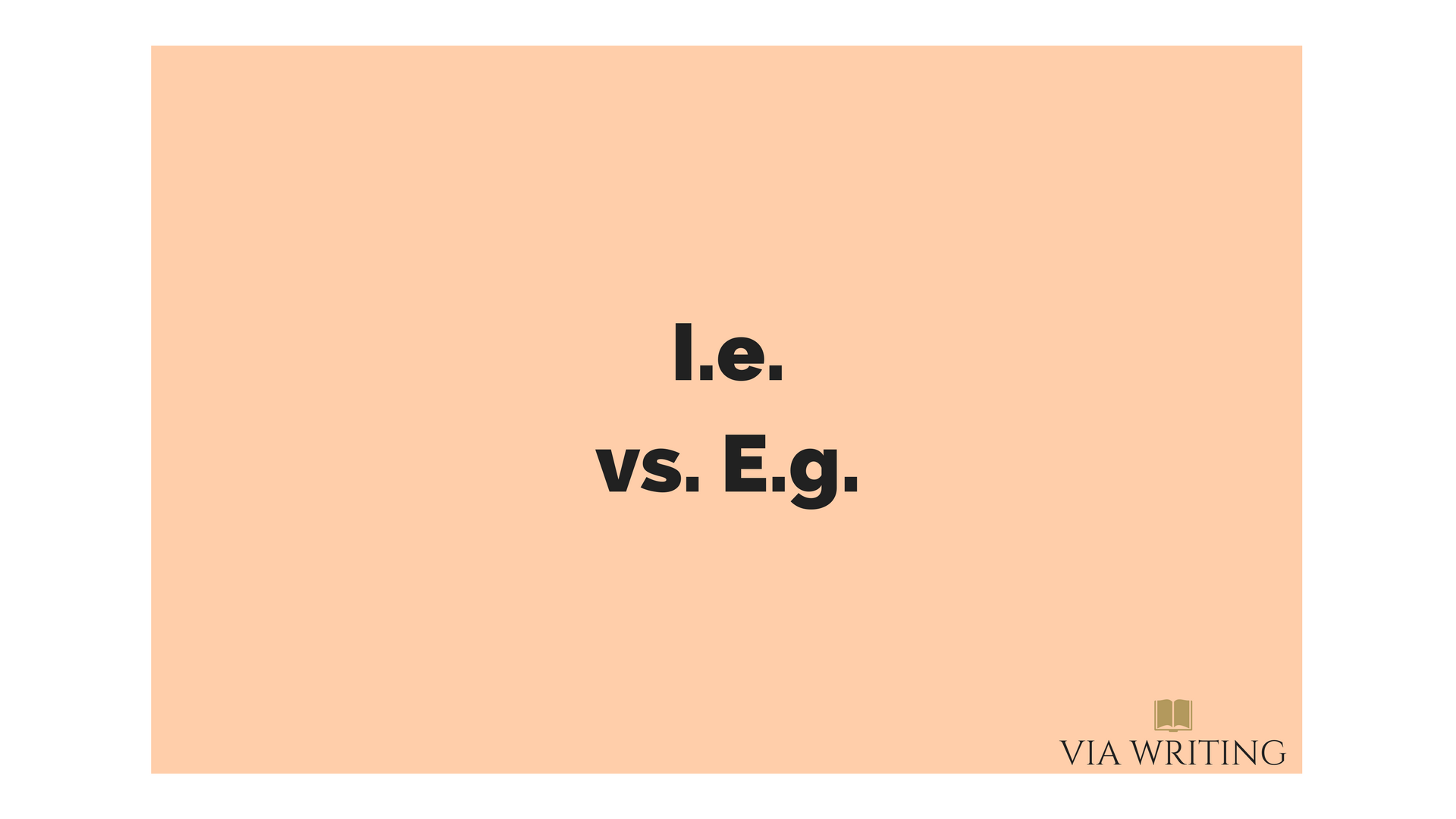 I.e. and e.g. are very commonly used abbreviations in English writing, but many writers don’t actually know how they should be used. They don’t actually mean the same thing as many people suppose, so how you use them matters. There is a critical difference between the two that you should know.

Let’s first start with i.e. It’s an abbreviation of the Latin phrase ‘id est’, which means ‘that is to say’ or ‘in other words.’ If you want a trick to remember this one, think of the i and e as standing for ‘in essence.’

Now, let’s look at e.g. This again is an abbreviation of a Latin phrase, this time ‘exempli gratia’. This translates to ‘for the sake of example.’ It’s used when you want to introduce one or more examples.