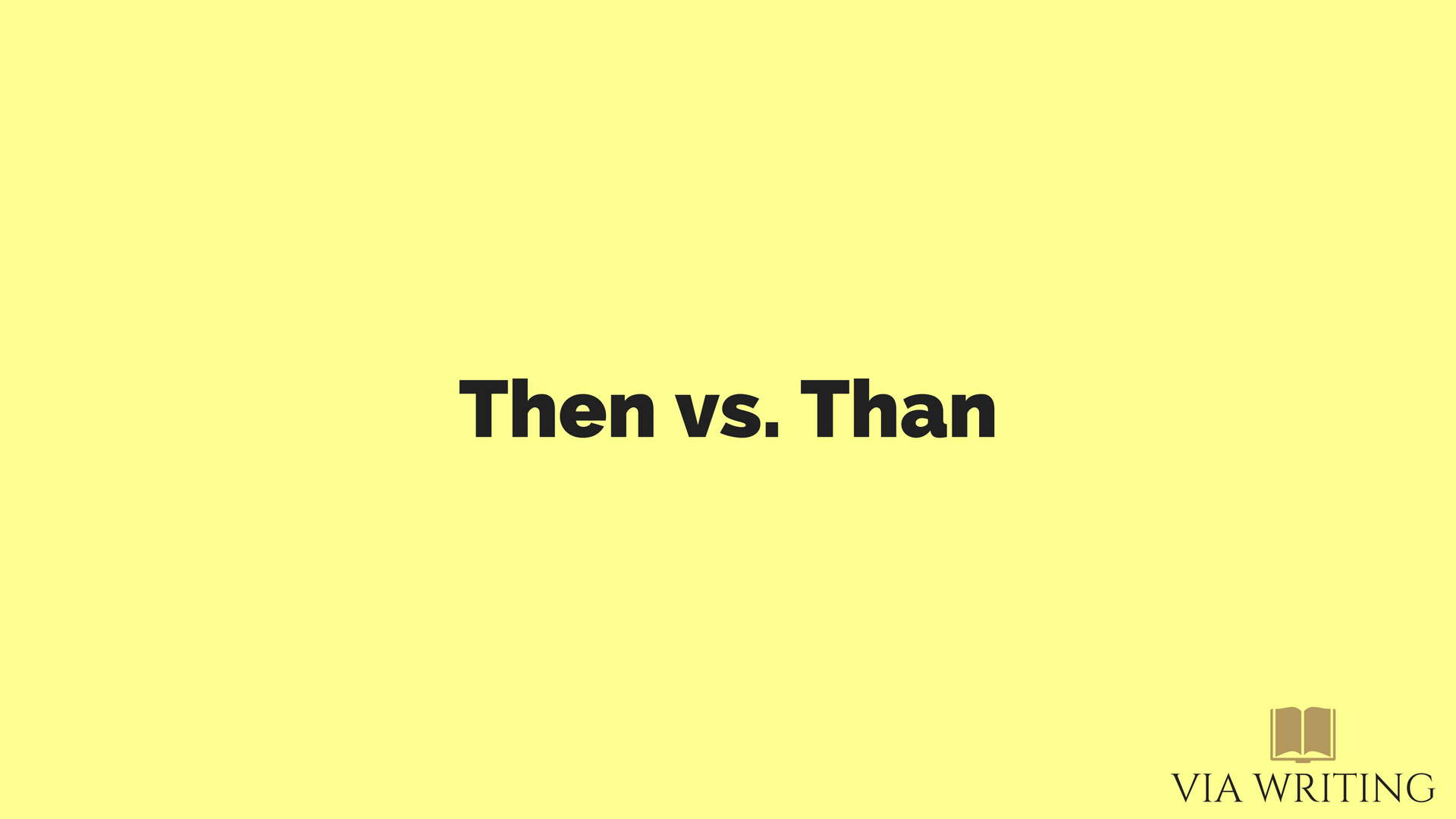 English is full of confusing words, that sound very much alike. ‘Then’ and ‘Than’ are two such words. There’s only 1 letter’s difference, and people mix them up all the time. This is especially apparent in written English. Here’s the difference between the two, and how they should be used.

In simple terms, ‘Then’ is most commonly used as an adjective or adverb. ‘Than’, on the other hand, is a conjunction used for making comparisons.

‘Then’ is most commonly used as an adverb. There can be several ways in which it can be used in this way. It can be used to indicate ‘at that time’, for example, ‘I was at work then.’ It can also indicate the order of events, for example ‘We went out for dinner, then we saw a movie.’

It can also be used as an adjective, but it’s not a common usage. For example, it could be used like so: ‘The decision was made by the then manager John Doe.’

Here are some examples of how ‘Then’ can be used.

Than is a conjunction that is used for making comparisons. It can used in many different ways, including the following examples: