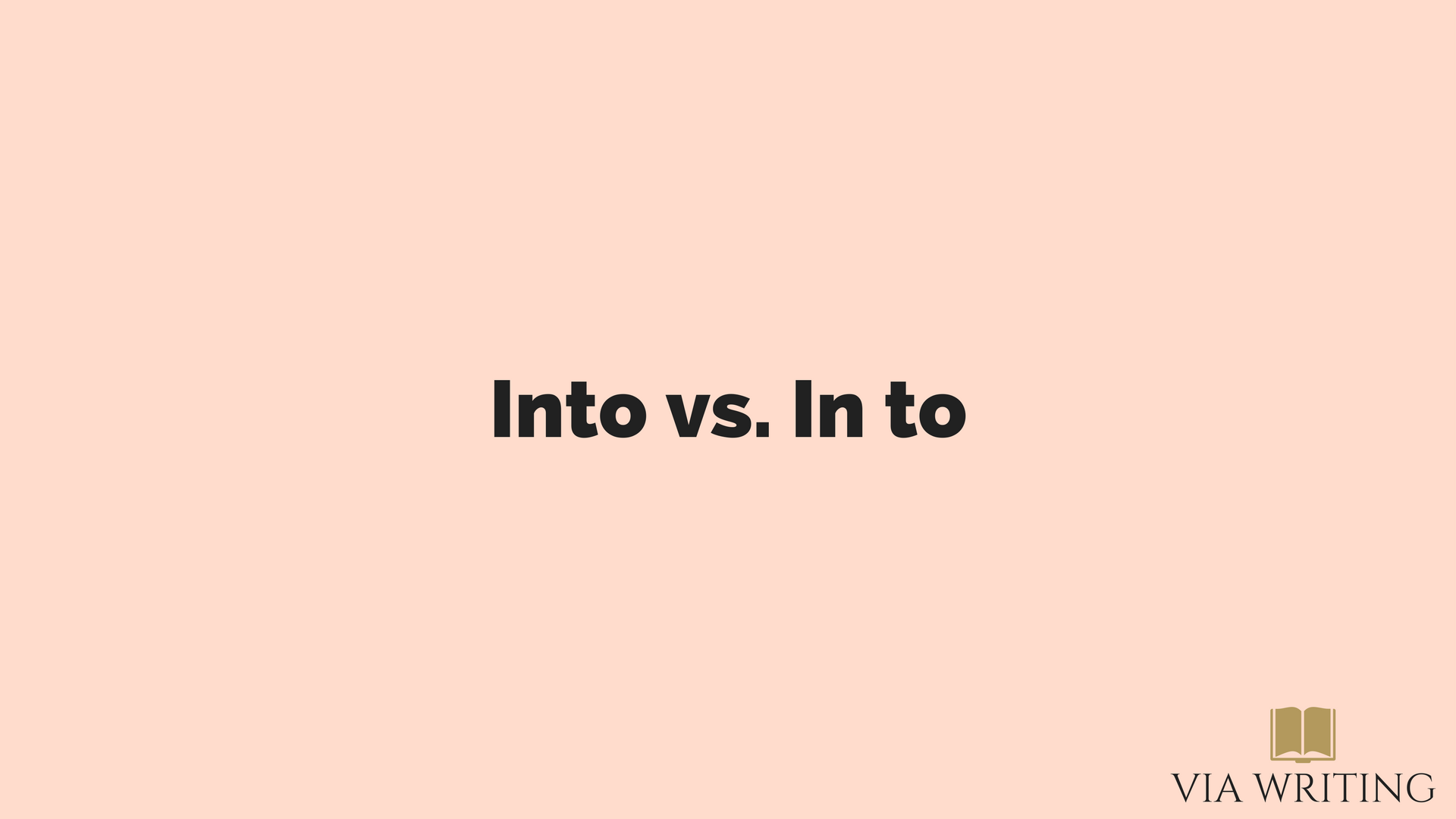 These two phrases sound as though they should mean the same thing, but in fact they can be very different when used properly. Here’s the difference between them, and how they should be used.

At a very basic level, ‘Into‘ indicates movement, and can be the answer to the question ‘Where?’ ‘In to‘, on the other hand, is used in part of a verb phrase.

‘Into‘ is a preposition that means ‘to the interior of‘. When this used, it’s indicating that an action is taking place.

It’s also used as the answer to the question ‘where?’ It’s used like this:

The phrase ‘In to‘, on the other hand, is used when ‘in’ is part of the verb phrase. When this is the case, ‘in’ is acting as the adverb, and ‘to’ is either the preposition or the infinitive. For example:

These examples should show you that while the two phrases sound almost identical, ‘Into’ and ‘Into’ mean very different things. Keep these in mind when you’re writing to ensure you’re using the right phrase.